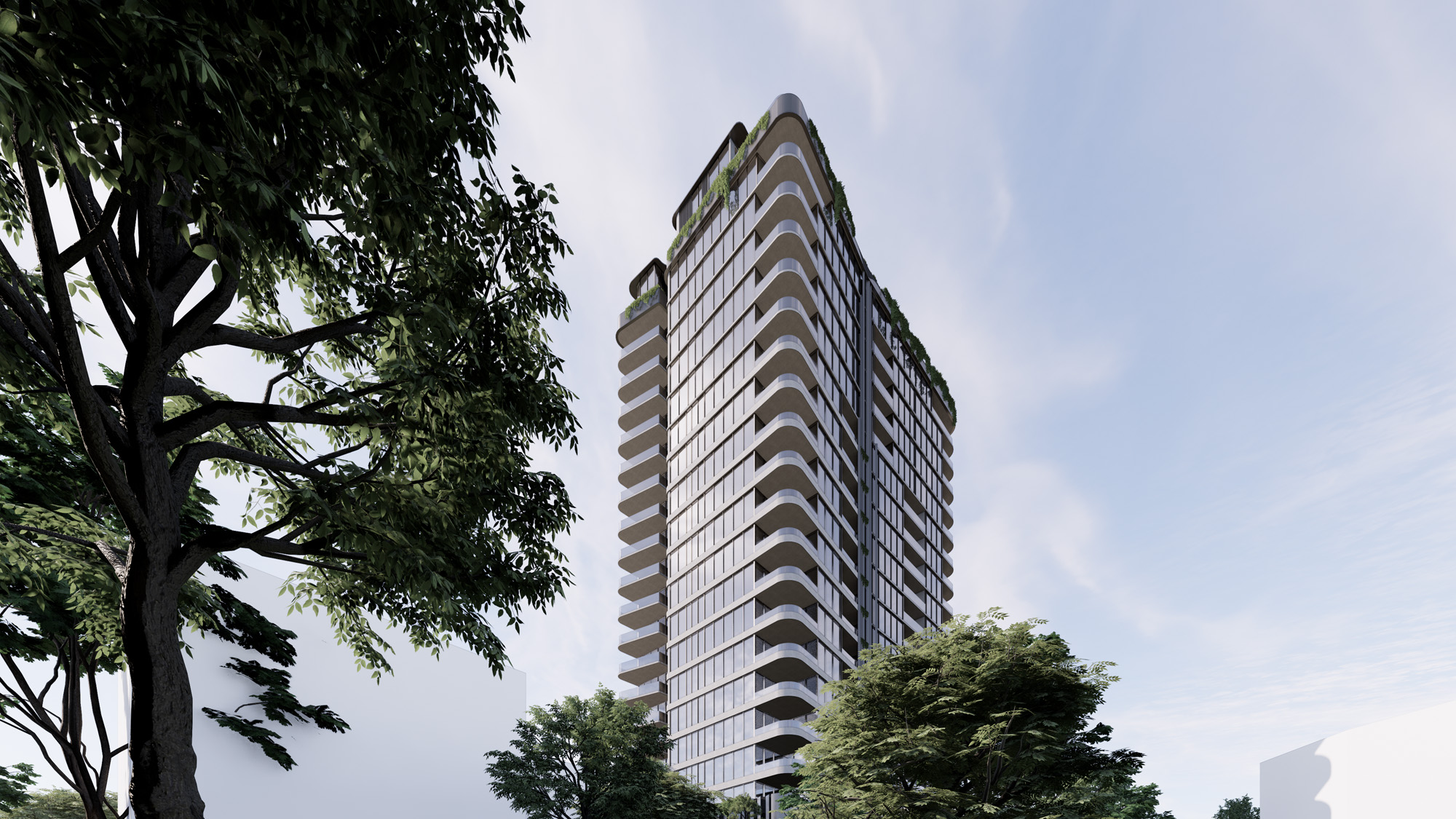 A PROLIFIC Gold Coast developer has unveiled a proposed $100m luxury tower in the heart of Chevron Island.

Aniko Group has lodged plans with the Gold Coast City Council for the unnamed tower, which will transform a 1518sq m site on Weemala St into a 21-storey building.

It is the company’s first development outside of Hope Island, where it has spent more than $500m in the past four years.

Aniko boss George Mastrocostas said the residential project would feature 102 units. “We see an enormous amount of potential on Chevron Island, and we are looking forward to carrying our signature luxury formula into a new emerging destination,” he said. “Chevron Island retains a very intimate, village feel about it, while being plugged into key Gold Coast destinations, including HOTA, Surfers Paradise, the Broadbeach dining and entertainment precinct, and stretching coastline.

“Our design will reflect this unique character, bringing coastal luxury to those in the middle market that are often priced out of quality products in idyllic locations. Plus Architecture has been engaged to design it. More than 20 towers have been proposed for the island in the past seven years, but only a handful have been built.

With several now under construction, Chevron Island residents have called for the Gold Coast City Council to develop a masterplan for the area and widen the traffic bridges to reduce the congestion that regularly bring the Thomas Drive thoroughfare to a standstill.