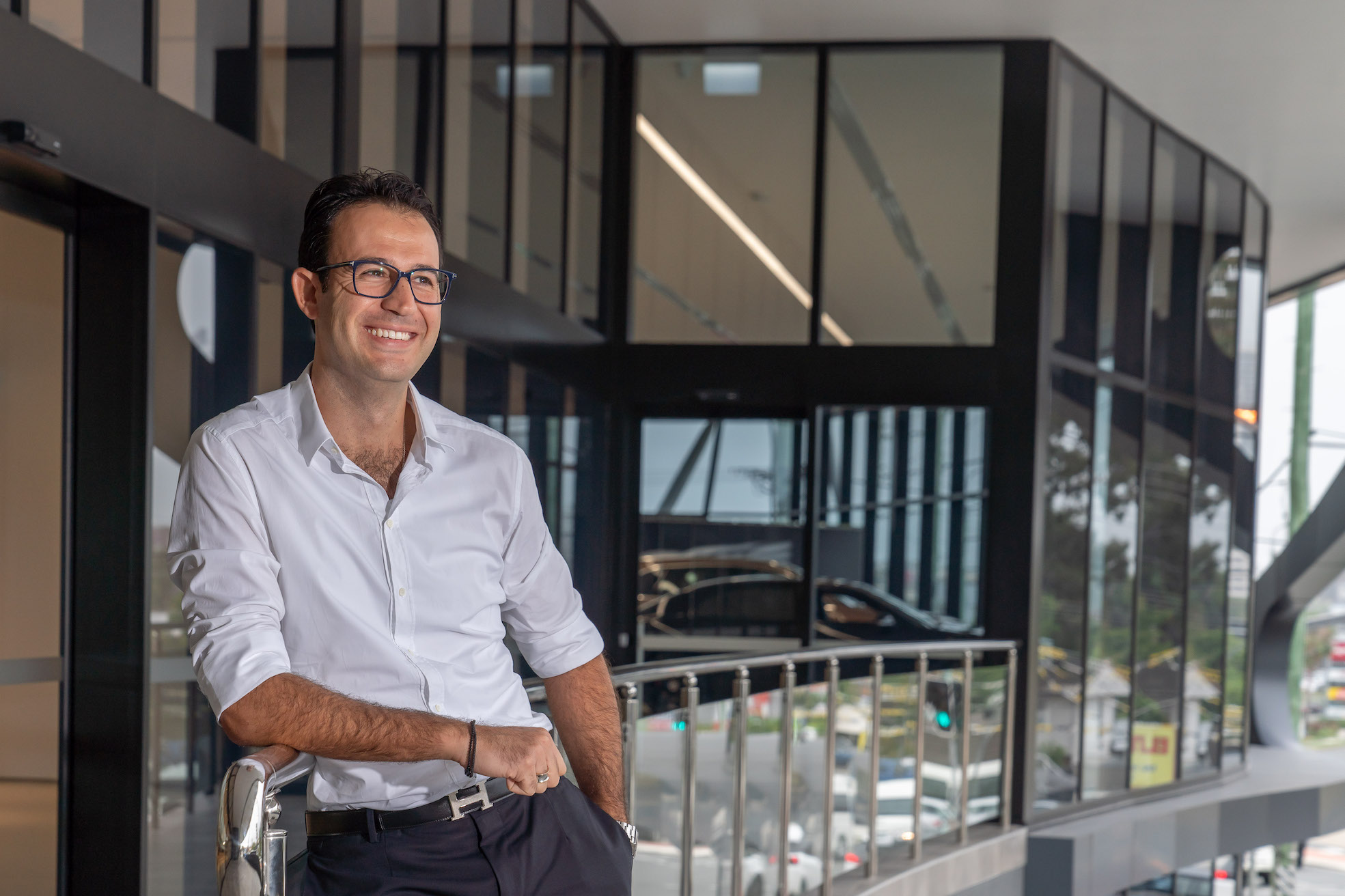 As a little fella growing up in Sydney, George Mastrocostas was never interested in pretending to be a policeman or a firefighter. For him, there was only ever one dream job.

“I remember walking around with a nail bag around my waist, always building things in the back yard,” the 39-year-old says.

“I can’t recall ever wanting to be a policeman or firefighter. All I ever wanted to be was a builder.”

Well, dreams do come true because today George finds himself the founder and managing director of Aniko Group, the Gold Coast’s leading property development firm with a portfolio boasting landmark projects such as Three72 Marine and Ferry Road Showroom.

At 39, the father-of-three leads a team of more than 60 passionate souls in the acquisition, financing, construction and marketing of premier commercial and residential properties across South-East Queensland, with a particular focus on the city he planned to use as a stepping stone in the early 2000s – and never left.

“Upon graduating with honours in my engineering class at University of New South Wales, I had several enticing job offers but decided to move to the Gold Coast and work with a boutique developer-builder to learn the ropes,” George recalls of his formative years.

“I started on $38,000 a year with a plan to get some experience and then head back to Sydney. I totally committed myself and remember working in the Surfers Paradise office on Friday and Saturday nights and looking outside at other young people downstairs having fun.

“I had some pretty lonely nights thinking ‘Am I doing the right thing?’ but I felt like I knew what I was doing and quickly rose through the ranks. By the time I was in my mid-20s, I was a Development Manager overseeing major Gold Coast projects.”

George was soon also running his own company, establishing Emandar Group with a business partner in 2007 and earning a reputation for innovation including the creation of the ground-breaking Harbour Quays towers that transformed the Gold Coast’s Harbour Town precinct.

“From our initial four-level, 40-unit development at Madang Crescent in Runaway Bay to our final 374-unit development in Varsity Lakes, we delivered around 1000 products across Brisbane and the Gold Coast,” said George, who decided to go solo in 2018 with the launch of Aniko Group.

“I believe in the Gold Coast and am proud to be playing a role in shaking the negative reputation it once had when it came to development. The city’s property market has matured and it is now home to great developers that are providing wonderful opportunities.

“Aniko Group is proud to be one of them and having flown under the radar for a long time, there is no doubt we are leading the way when it comes to developing affordable luxury projects.”

Invited to join the Young President’s Organization, a global leadership of successful CEOs, George has come a long way since he was that little boy wearing his nail bag around the family home but one thing he’ll never forget is where he came from.

“I’m a proud Greek Australian, with my father having emigrated in his late 20s after deciding to make this great country his home,” he explained.

“He saw it as a land of opportunity and after meeting and marrying Mum, who grew up in country NSW, they worked hard and made a great life for my two sisters and I.

“Dad started out with a little fruit shop in Sydney and that was my life for a long time. Even though I was going to school, I’d wake at 3.30am, head to the markets with Dad, stack shelves and then head to school. Then it’d be back to the shop after school, home for dinner at 8pm, homework and I’d be lucky to be in bed by 11pm.

“Even to this day I only sleep four hours a night and that’s borne from my father’s work ethic. He worked so hard and the fruit shop turned into a supermarket and he then had success as a ship chandler, supplying ships with their supplies and equipment.”

And what does Dad think of his son’s journey from shelf-stacker to property industry leader?

“He’s a hard taskmaster but he has told me over a drink that he is proud, which is nice,” George said.

“He also tells me to enjoy life more and I need to hear that sometimes because I can’t help but love what I do at Aniko Group. Of course we have tough days but I love property and I love working with our team.

“I get a thrill out of seeing how we can improve, what is new and what we can learn from our competitors. That all excites me and is what keeps me coming back for more.”