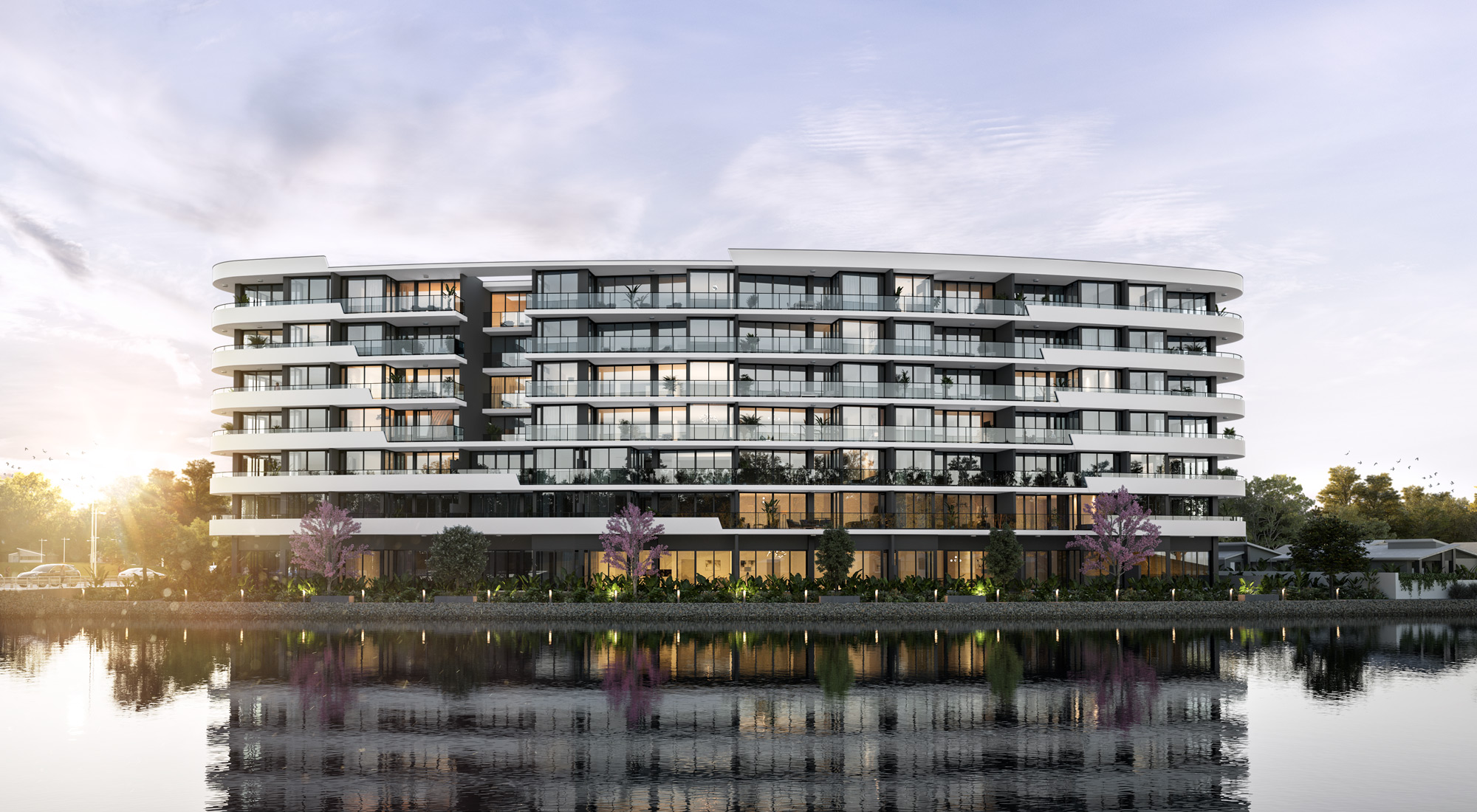 DEVELOPER George Mastrocostas and his Aniko Group have taken their spending on Hope Island land to more than $20 million with the purchase of a waterfront site in Sickle Avenue.

The price being paid for the 9279 sqm site, which has an 80m frontage to the Hope Island Canal, has not been disclosed but is believed to be around $5.5 million.

The site is the fifth secured by Aniko since a near $15 million splurge in 2018 and will join a $1 billion development portfolio.

Mr Mastrocostas yesterday said the site would be suited to a high-density apartment precinct similar to Aniko’s $140 million 1 Grant Avenue project, pictured, which he said had redefined the inner Hope Island precinct around Sickle Avenue.

“We’re delighted to have put a foothold on another premium waterfront site in Hope Island and we are looking forward to adding a spectacular project to support the demand for apartment living in the area.

“The site is very large and offers unfettered access to the Hope Island Canal and the Broadwater and we believe it would be suited to a luxury apartment project to complement what we have already created at Hope Island.”

Mr Mastrocostas said he was bullish about Hope Island, given its high growth rate and that the planned Coomera Connector route would offer quicker travel times between the central Gold Coast and Brisbane.

Data from Urbis showed the company’s projects accounted for more than 80 per cent of overall apartment sales in Hope Island in the December quarter.

Aniko’s $140 million No. 1 Grant Avenue project has sold out and a neighbouring $50 million gated luxury villa project is to be launched later in the year.

The company has received development approval for an eight-level $125 million residential precinct at Sickle Avenue.