Developers running out of stock in Gold Coast buyer frenzy 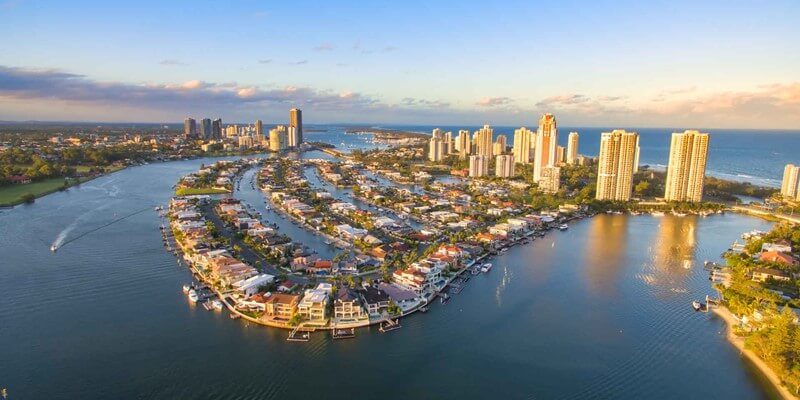 Developers running out of stock in Gold Coast buyer frenzy

Buyers are bidding past the listing price, incentives are out the window for off-the-plan purchases and developers are running out of stock, as the unprecedented frenzy for South East Queensland property shows no signs of abating.

At the epicenter of the Queensland property boom is the Gold Coast, where apartments, townhouses, villas and house and land packages are seemingly selling themselves.

Data from Urbis showed the Gold Coast recorded the biggest sales increase of any Australian jurisdiction for apartment sales in the last three months of 2020, with 26 per cent of all available stock sold.

Mr Mastrocostas said Aniko Group, which is focusing its operations around apartment, villa and townhouse developments on Hope Island, accounted for 15 per cent of apartment sales on the Gold Coast in the December quarter.

“But at the moment the level of enquiry is so high and there’s no buyer hesitation or buyer’s remorse.

“In the old days we might write 30 contracts in a month in a good market, but you might lose 10 a month because of buyer’s remorse, but right now if you are getting 30 buyers, the 30 buyers are sticking.

“It’s crazy, there’s no convincing required. There are agents out there vying for good stock, there are purchasers out there that are fighting for apartments. We’ve never seen that in the market, that’s definitely got to be a first.”

Mr Mastrocostas said while buyers were once discerning and hesitant, the enquiry levels for apartments or house and land packages was the highest they’ve ever been.

Mr Mastrocostas said Aniko Group was fortunate to have a strong pipeline of development projects, a situation that not all South East Queensland developers were enjoying.

Aniko Group’s current portfolio is valued at around $400 million, with the developer gearing up to launch a recently-approved $52 million house and land estate at South Ripley in Brisbane’s west, and lodging plans for a $48 million luxury townhouse project at Hope Island.

The developer is also set to start construction shortly on a $130 million waterfront precinct on Sickle Avenue, on the Hope Island waterfront, comprising 58 luxury townhouses.

“We have a healthy pipeline there that we will just continue to bring to market to appease the market’s appetite,” Mr Mastrocostas said.